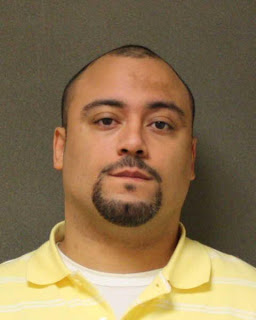 By Register Staff
ANSONIA — Angel Luis Santiago turned himself in to police today in the June death of infant Kyle Robinson.
Santiago, 35. of 96 Center St., West Haven,  is charged with manslaughter in the first degree, risk of injury to a minor and first-degree assault. He was held in lieu of $1,000,000 bail and will be presented at Derby Superior Court Tuesday.
The Medical Examiner’s Office ruled the death a homicide and cited blunt force trauma as the cause. After an extensive investigation, Santiago became the focus of the investigation, police said in a written release. An arrest warrant was obtained at Milford Superior Court. Attempts to locate Santiago were unsuccessful until information was received today that Santiago was going to turn himself in. He did so at 1 p.m. today.
Check back for more details.
By Patti - December 19, 2011