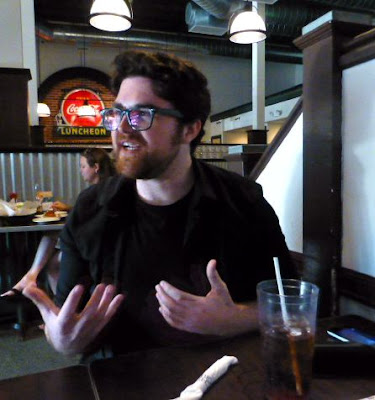 John Denton, who lives in San Francisco, is gearing up to shoot a feature-length film, 'Ansonia,' next June.

I had the opportunity to meet filmmaker John Denton, 24, Wednesday when he was back in the Valley for a visit.

Denton is an interesting and intense young man who is dedicated to his craft. He is getting ready to direct a feature film, "Ansonia," about a young man who returns to his hometown after suffering a mental breakdown.

Denton, a 2007 graduate of Ansonia High School, said "Ansonia" is a coming of age film. "It's my passion project," he said. "I can't imagine doing anything else."

Denton has already cast the main characters in San Francisco, but he will be looking for extras in the Valley.
Filming will take place on Wakelee Avenue in Ansonia, where his parents live. Denton also has several restaurants and locations in mind for filming scenes.


"Ansonia has been good to me," Denton said. "I want to do the Valley justice."