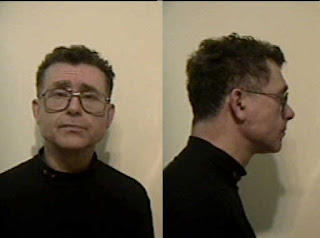 SHELTON – A 63-year-old man was charged Tuesday with public indecency after he was allegedly found in his car with his pants down, police said.
Police responded at 11 a.m. to Riverview Park, located on Howe Avenue, on a report of a suspicious male in a vehicle originally in the area of Birchbank Road, said Lt. Robert Kozlowsky in a written statement.
Police said an officer approached the vehicle and noticed Michael Chupick of Nichols Avenue in the driver’s seat with his pants down. Police said Chupick could not explain why his pants were down or why he was in the area.
Chupick is charged with public indecency and was released on a promise to appear May 1 at Derby Court.
Police responded to a report of a suspicious man in a similar vehicle in the same area yesterday, but were unable to locate the man at that time, according to the statement.
By Patti - April 17, 2012

Email ThisBlogThis!Share to TwitterShare to FacebookShare to Pinterest
Labels: Shelton